LASIK Reviews
Click on the links below to see more reviews, or to leave your own!
YELP REVIEWS
FACEBOOK REVIEWS
GOOGLE REVIEWS

You are very good team . . . friendly, thorough, efficient and very short wait times to be seen! Thanks and Aloha,

Today, 11 January 2010, marks the second anniversary of my Lasik procedure. I expect eventually to go through an entire day without feeling grateful for freedom from corrective lenses, but I don't believe it's happened yet! The proverbial first look at the alarm clock in the morning never ceases to amaze me. Sometimes I do have to wear reading glasses, but after all, I'm over 60. (I'm typing this without glasses, by the way) Sometimes I have a bit of dry eye, but occasional use of saline eye drops is not a big deal. Swimming and mountain biking are much more enjoyable now. Correct peripheral vision without contact lenses is wonderful! I went dog sledding on the frozen Chukchi Sea at 20 below and could see clearly because I didn't have to depend on the goggles that did freeze over, or a pair of glasses that would have done. I still wear protective lenses when operating power tools (woodworking), but I'm no longer in dread of dust getting under a contact lens. I can see better at night than ever before. I don't seem to have any glare problems because I can read the license plates of oncoming cars at night. Maybe the best thing was renewing my driver's license and having the corrective lenses restriction removed after 44 years!

I'm sure you've heard it all before, but not from me. I just wanted to let you know how much I appreciate life without glasses.

The entire experience, beginning with my first evaluation exam with Dr. Belisle, and the consultation with Milad (thanks very much for recommending monovision - it works great for me!), the pre-op discussion with Dr. Gee, to the actual surgery itself was all very pleasant. In retrospect, the most difficult thing was making the decision to do it. I'd been thinking about it since the days when one had to travel to Colombia or Canada to have Lasik performed. I'm glad I waited until the Intralase became available, because while the concept of Lasik appealed to me, the blade-created flap did not. I know that many people have had successful microkeratome procedures, but to my mind, the laser-created flap moved Lasik about as close to perfection as possible.

And that's what I think of my result... perfection!

Thanks, Dr. Gee, Milad, and staff!

I am really sorry I haven't written or called. I'm just so in "awe" being able to see!! I'm enjoying every bit of it! I still forget sometimes and find myself pushing up my glasses or wanting to go home to take off my contacts. I love the fact that I can use styling sunglasses in fact I just bought my first Polarized glasses (since the laser. I have bought about six different sunglasses).

On Labor Day weekend, our motorcycle club went to Kona and NOT having to deal with dried out contacts or glasses all fogged..... "WOW........ I LOVE IT!"

I have referred many of my friends and patients to pick up information about Pan Pacific Laser at Dr. Camblors. I saw your ad in the newspaper last week: it was dropped off to me by one of my patients. He wanted to make sure that this was the same place. I told him that he should call and ask for you.

I'd like to say “MAHALO" to you, Milad, Dr. Gee and the staff for your excellent service!

I'll drop in someday when I visit Oahu again.

I wanted to write this letter to you to thank you for all you did for me !

You may recall I had LASIK surgery at your Center on Tuesday. I say “you MAY recall” but I am sure you do, because you probably have never had a patient as nervous as I was !

Most of my friends in Tokyo said: “Mike, you’ll never go through with it. You’ll never do it.” And I am fairly certain that this would have been the case……but I did not count on meeting such a professional group of people.

From the pre-op right to the post-surgery exam, each staff member went out of their way to make me comfortable and to explain clearly every step of the procedure. Nervous? Of course I was. But your kindness, your empathy, your professionalism took hold. I decided to put my 100% trust in you and I was not disappointed.

I have perfect eye-sight now. It is nothing short of a miracle. I can jog in the Tokyo humidity and not have to stop every 15 minutes to clear the steam off my glasses. I wake up in the morning and look out at the trees and sky and I can see !

For this, I owe a debt of gratitude to each and every one of you. I will not forget you.

So, take a bow, Pan Pacific ! You’ve got a staff and a service you can be proud of.

I would like to take this opportunity to thank you and your excellent staff for the expert care providing me during my consultation. Your staff spent 2 hours with me testing my eyes to determine if I was a good candidate for LASIK. The procedure were thoroughly explained and the tests were comprehensive. Your optometrist was particularly professional and caring. Unfortunately, the results of the testing revealed that I was not an ideal candidate for the procedure. While I was naturally disappointed, I would have been extremely more disappointed to undergo the procedure only to
encounter problems. I sincerely applaud you and the staff of Pan Pacific Laser, for your precautionary approach and your concern for the patient rather than the dollar.
I will recommend you to anyone I know who wants to explore LASIK.

PS I had seen another island doctor a few days previously in regards
to the procedure. He spent 20 minutes with me, and did not conduct any
of the tests your staff performed. His conclusion was that I was a
good candidate. Thank goodness I got a second opinion..

If you have any questions please call our Honolulu office at (808) 594-9194 or email us at info@panpacificlaser.com.

To request a consultation please click here and complete our request form. 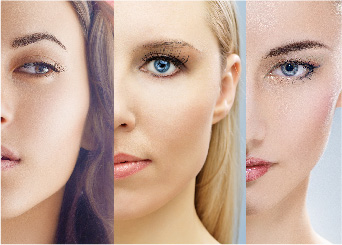 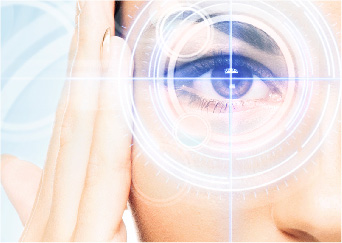 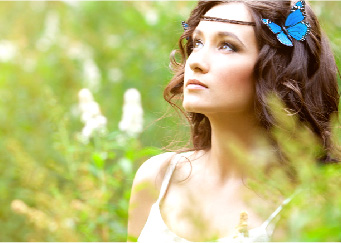